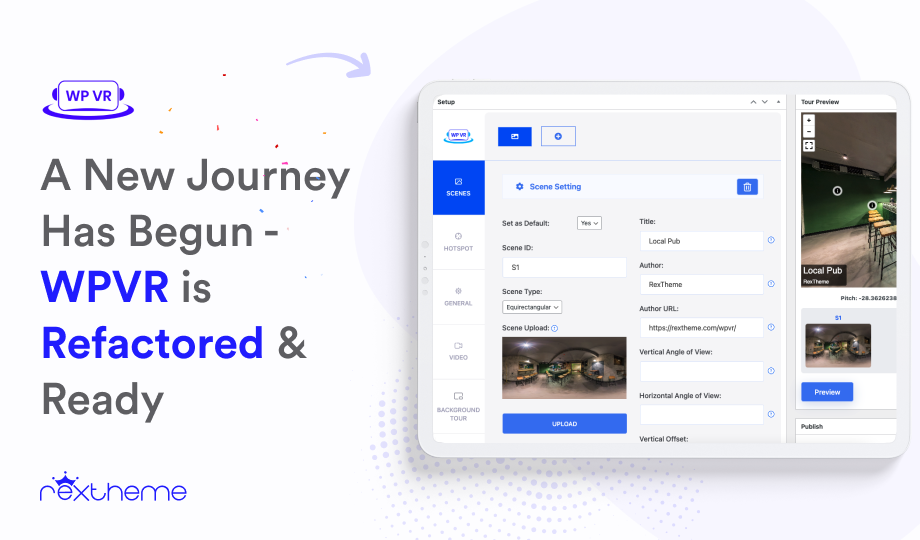 A New Journey Has Begun – WPVR is Refactored and Ready

The WPVR team is excited to announce the release of the refactored versions of both WPVR Free and Pro.

We always have placed a priority on catering to the desires of WPVR users and wanted to bring in the features you asked for.

However, due to some complexity with the previous codes of the plugin, it was getting difficult.

But, those issues are in the past now!

Earlier this year, we decided to refactor the code of WPVR entirely.

And that would make the task of bringing in new features much easier.

Although so many possibilities were open in front of us, we also had some serious concerns:

Keeping all these in mind, we continue the work.

And now, it’s here for you to test and try out.

Let’s have a look at what awaits you in this version.

For the first-time users of WPVR, it was always a bit confusing to understand and start creating the tours.

We have brought a Guided tour for the users – follow it and learn how you can create the tours most effectively.

Just click on the Setup Wizard Option under WP VR after installing the plugin.

After that, you can go ahead a create the tours as you’ve seen in the wizard.

There are a few changes we’ve made to our user interface.

In our older version, you had to move from the General Tab to the Scene Tab in order to upload a scene.

But in the new version, you’ll start from the Scenes tab – making the tour creation faster.

Once the panorama images are uploaded, you can go ahead and make additional changes.

Now, you can preview the tour anytime you want and copy the shortcode whenever you needed.

Previously while creating the tour, when you click on Preview, it would take you to the default (General) section of the plugin.

And you had to manually go back to the tab where you started.

From now, when you’ll click on Preview, it’ll load your exact tab and position.

Since the refactored version is live, we are focusing on the features and improvements you’ve been asking for a while.

One of them, is obviously, Carboard support for your virtual tours.

The status of the feature and other details are already updated on our Public Roadmap.

To learn more about our upcoming features, checkout the WPVR Roadmap.

You can add more feature requests to the Ideas section of this Roadmap and upvote the ideas you’d love to see coming next.

Right now, the goal of the WPVR team is to continue making it robust and bring the demanding features one by one.

And for this, we need your help.

Try out the refactored version and check if everything is working on your end. See if you face any issues.

Think of the features that will make WPVR better and better.

Add them to our roadmap. 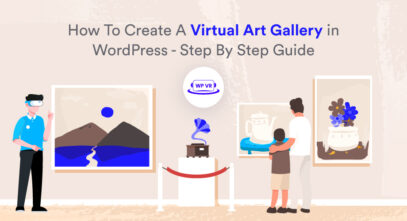 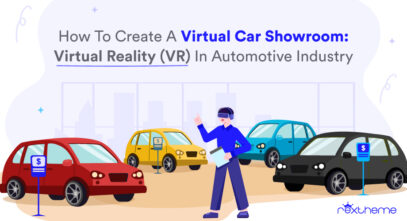 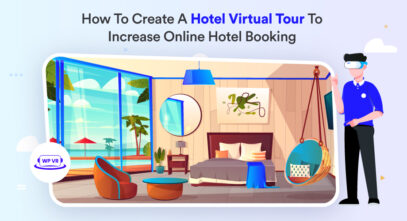 Jahir writes about WordPress plugins, themes, guides, and mostly Virtual Reality. He works as a Product Manager at RexTheme.